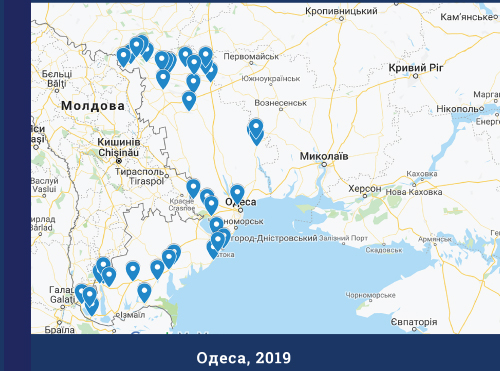 Sociological study to identify the existing processes of working with social conflicts in Odesa region, Ukraine

All four outcomes of the project, namely – to analyze existing processes of managing social conflicts in Odesa region, to define the local needs and requests for intervention with social conflicts in communities, to identify local initiatives, groups, CSOs, institutions, individual activists and enthusiasts who are working with social conflicts at the community level and to define the competencies, knowledge, experience and capacities of local actors dealing with social conflicts have been reached by conducting focus groups and in-deep interviews, analyzing their results and correlating with  media analysis. A final presentation and a workshop allowed checking the findings’ results and to discuss better the issue of needed competencies, as not always local communities’ representatives could identify them by themselves as not being aware of their existence or possible use.
For the first time in Odessa region such a comprehensive study has been implemented. During the last 5 years, several studies, including those done by our organization, were done for south of the region (Bessarabia), as the region has two risk factors: multiethnicity and border positioning. However, nobody tried to see a picture wider, to look to other districts of Odessa region, where reforms and transformations happening, where some of them also are border districts or have their own historical particularities.

Such a report will allow other organizations and stakeholders to see better local developments and their perceptions, to evaluate local needs. The results can be used both for other organizations entering with their projects to local communities, proposing grants, trainings, joint projects, but also  during the next local elections, when politicians will  be  able to  address some issues or to pay attention to those conflicts that can sharpen during elections.

The project was implemented in partnership with forum Civil Peace Service (forumZFD) Programme Office in Ukraine.

Read the full report here (only in Ukrainian)