Promotion of the Intercultural Cooperation 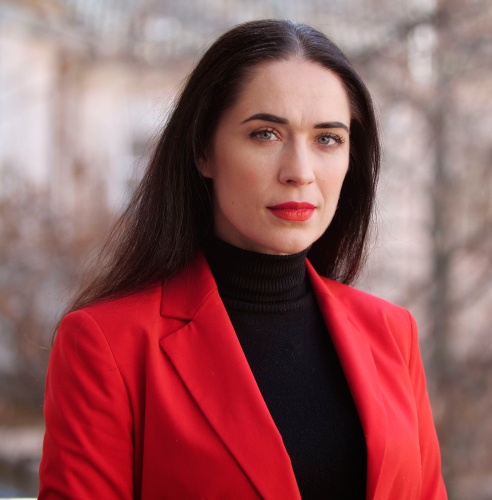 Head of the Board

Member of the Board at the Foreign Policy Council “Ukrainian Prism” and Head of the Board of the NGO “Promotion of Intercultural Cooperation”. Prior to this, she had served for more than 10 years as a Senior Researcher at the National Institute for Strategic Studies under the President of Ukraine, Odessa Branch. In 2014 Dr. Shelest served as a Visiting Research Fellow at the NATO Defense College in Rome. Previously she has experience in PR and lobbying for government and business, as well as teaching at Odessa National University.
Her main research interests are conflicts resolution, security and cooperation, especially in the Wider Black Sea Region and the Middle East, foreign policy of Ukraine. She has more than 50 academic and more than 100 articles in media published worldwide. She is regular presenter at the international conferences and commenter for the media.
Dr. Shelest is a Rotary Peace Fellow 2010, Black Sea Young Reformer 2011, John Smith Fellow 2012, Marshall Memorial Fellow 2015/2016. She was recognized as “40 under 40 Ukrainian Emerging Leader 2013” by the US-Ukraine Foundation

Olga has degree in psychology, countless internships, many years of developing projects in the civil sector, several years of working at international corporations…

From 2015 till 2018 Olga was working in California, where she became a member of the Producers Guild of America and took part in the promo campaigns of the Ukrainian movies nominated for Oscar. After returning to Ukraine in 2018 Olga worked on a couple of projects, including the Oscar Campaign for the movie “Donbass” in Los Angeles along with “Arthouse Traffic”, when the American magazines wrote about a Ukrainian movie for the first time.

Olga is also a member of the American organization Women in Film and Ukrainian and European Film-Academies.

Head of the Sociological Projects

Phd in Sociology. Associate Professor at the Department of Sociology of Odessa National University. Teaches classes on “Sociology of Consumption,” “Sociology of management”. Executive secretary of the Southern Branch of the Sociological Association of Ukraine. She is the curator of regular sociological research (public opinion poll, market research, focus group moderation, etc. Analytical report and recommendations on the results of research). Tetiana is a regular organizer of academic conferences on social sciences. She takes part in international conferences, round tables and other projects.

Master in Sociology. She conducts social research and prepares analytical reports. Author and Co-author of analytical and scientific publications in such fields as local democracy, prevention and resolution of conflicts, development of capable communities, civil society and local self-government, public participation and self-organization